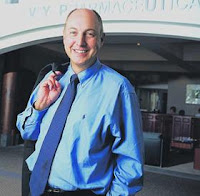 Dr. Stephen Hill, a surgeon and the former CEO of both Solvay Pharmaceuticals and ArQule Inc., has been named the new president and chief executive officer of Targacept Inc.

Hill's background includes leading the U.S. arm of the Belgian company Solvay Pharmaceuticals and its 1,200 employees in the period leading up to its acquisition by Abbott Laboratories in 2010.

At the Massachusetts-based ArQule, Hill led the transition from a fee-for-service discovery chemistry model to one with the company's own proprietary pipeline, according to an announcement from Targacept. Read more.