Two Triad tech companies will get firsthand feedback from investors at the annual Nanotechnology Commercialization Conference in Durham April 4-5.

Salzburg Therapeutics and Orthovative Technologies will both take part in a “tough love” session with venture capitalists and angel investors during an invitation-only session.

Yadkinville-based Salzburg is developing cancer treatment drugs, while Orthovative has developed a patch that gives back-pain sufferers feedback to correct posture. Both companies have their roots at Wake Forest University. Read more.
Posted by Peggy Low at 7:20 AM 15 comments:

The Winston-Salem/Forsyth County school system will use some of the money leftover from construction projects that came in under budget to upgrade technology at schools willing to pair the investment with their own fundraisers.

The school board voted Tuesday to release $750,000 for the project. Principals will be told of the program and may turn to parents to help raise money. Schools that get federal Title 1 funding from the government, which goes to schools in economically disadvantaged areas, can use some of that money for their match, WSFC Superintendent Don Martin said. Read more.
Posted by Peggy Low at 6:11 AM 17 comments:

A recent study published by The Cambridge Journal of Regions showed that people who live in communities with a strong concentration of small businesses have lower rates of mortality, obesity, and diabetes than those that rely heavily on big-box chains and other large businesses for their economic well-being. The rationale for this interesting correlation is due to the concept of "collective efficacy" or the “the capacity and willingness of community members to take responsibility for solving local problems.”  Makes sense that small businesses such as retail, restaurants and other services  have a greater interest in a thriving community because it directly impacts their bottom line.
Posted by Eva Wu at 6:58 PM 6 comments:

Tengion said it has made “significant progress” in two key programs that put it on track to meet the goals it has laid out for 2012, according to an announcement.

Tengion (NASDAQ: TNGN) is the Winston-Salem-based regenerative medicine firm that is working to commercialize the ground-breaking research of Dr. Anthony Atala and the Wake Forest Institute for Regenerative Medicine into using a patient’s own cells to repair damaged organs. More.
Posted by Peggy Low at 2:54 PM 10 comments:

Email ThisBlogThis!Share to TwitterShare to FacebookShare to Pinterest
Labels: Tengion

Ei Inc., which develops and makes topical pharmaceutical and skin-care products, said Monday that it will add 119 jobs and spend $13.2 million on capital investments at its Kannapolis operations over three years. It is eligible for a $500,000 grant from the One North Carolina Fund.

Mike Kane, Ei's chief executive, also said that the company is pursuing a partnership with KeraNetics LLC of Winston-Salem to commercialize research and patents developed at the Wake Forest Institute for Regenerative Medicine.

KeraNetics is a biomaterials company that is using keratin — which is found in hair, nails and skin — to develop therapeutic products. It is using keratin in three main areas: trauma applications for the healing of wounds, burns and resuscitation fluids; bone and nerve regeneration; and cell growth.

Kim Westmoreland, managing director for KeraNetics, said the One North Carolina Fund award "will provide a strong incentive for KeraNetics to enter into a partnership with Ei for the manufacture and commercialization of our product platform."
Posted by Peggy Low at 10:37 AM 21 comments:

Email ThisBlogThis!Share to TwitterShare to FacebookShare to Pinterest
Labels: Keranetics

A company that developed a monitoring device to reduce back pain and promote good posture just received a $10,000 boost for winning the grand prize in the 13th Annual Elevator Competition hosted by Wake Forest University Schools of Business.

Orthovative Technologies was founded by David Smitherman, a student in the MBA program at Wake Forest University Schools of Business, and Tadhg O’Gara, a Board Certified Orthopaedic Surgeon and Assistant Professor at Wake Forest University School of Medicine. Their OrthoCorrect Patch monitors patient posture and provides auditory and vibratory corrective feedback to strengthen back muscles and eliminate back pain.

In addition to the $10,000 Elevator Competition prize, Orthovative Technologies received automatic entry into the Venture Labs Investment Competition and can qualify for up to a $500,000 investment from the Piedmont Angel Network. More.
Posted by Peggy Low at 10:34 AM 18 comments:

Email ThisBlogThis!Share to TwitterShare to FacebookShare to Pinterest
Labels: Orthovative

This month’s Frameworks will be highlighting international business and building business relations.

What:
A monthly educational and networking series organized by the
Wake Forest University New Venture Incubator. There is no charge to attend. Refreshments will be served.

Parking:
Metered parking is available along Chestnut Street. For free parking, go to the end of Chestnut Street, turn left on Technology Way, travel a block and take the last entrance into the parking lot on the right. Park to the left in a gravel area at the far end of the large parking lot.
Posted by Peggy Low at 9:23 AM 9 comments:

Free and open to the public.

Have you ever wondered how planes fly? Did you ever think you could build one? Experienced aviator Phil Harrison will describe his project-based learning programs for young folks. Currently he is cooperating with Smith Reynolds International Airport and Atkins Academic/Technology High School to help students build a plane and see potentials in aviation industry and manufacturing careers.

Phil will describe the form and function of the aircraft's wings, rudder, stabilizer and elevators. Through participating in this real-life project, his young collaborators have fun learning about physics and aerodynamics, metallurgy and fabrication, and mechanical engineering.
Posted by Peggy Low at 6:37 AM 42 comments:

Email ThisBlogThis!Share to TwitterShare to FacebookShare to Pinterest
Labels: Center for Design Innovation

Wake Forest researchers empower those without a voice

Victor Pauca is well known among the Wake Forest University community. Now, thanks to the work of a young journalist, others around the country will soon learn of his inspiring story about finding his voice.

Victor, a happy, social six-year-old has Pitt Hopkins Syndrome, a rare genetic disorder that has delayed his development, but not his spirit. His father, Paúl Pauca, an associate professor of Computer Science at Wake Forest, and a team of students created “Verbal Victor,” an iPhone/iPad app to provide an affordable alternative to expensive communication devices.

What started out as Pauca’s desire to help his son has turned into an international mission to help people all over the world embrace and empower their loved ones with disabilities. Developed with support from the University's Center for Innovation, Creativity, and Entrepreneurship, Verbal Victor has been downloaded nearly 3,000 times and featured by the Associated Press, USA Today and CNN. It has enabled children from Korea to Switzerland communicate in a way that was not affordable before. Read more. 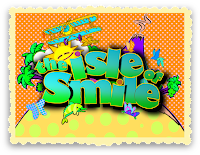 Winston-Salem Mayor Allen Joines launched a campaign to fight childhood obesity, including partnerships among organizations across the city, workshops, an exercise DVD and an interactive website that includes, among other things, talking vegetables and a video of the mayor doing push-ups. Called The Isle of Smile, the interactive website was designed and produced by Out of Our Minds Studios of Winston-Salem. Find the website at http://www.theisleofsmile.com/

The goal is to educate children ages 7 to 10 — and their parents — about the importance of good nutrition and enough exercise to prevent diseases such as diabetes.

Funding for the program was provided by the Kate B. Reynolds Foundation, Cook Medical and the Rotary Foundation. Read more.
Posted by Peggy Low at 7:52 AM 6 comments:

Email ThisBlogThis!Share to TwitterShare to FacebookShare to Pinterest
Labels: childhood obesity, isle of smile, out of our minds studios

The Wake Forest University Schools of Business Full-time MBA program moved up three places to #44 overall out of 441 eligible programs. Employment at graduation, starting salary, recruiter assessment, and selectivity were among the categories in which Wake Forest improved in the U.S. News & World Report ranking over last year.

Within three months of graduation, 91% of the Wake Forest University Schools of Business Full-time MBA class of 2011 had accepted jobs, with an average annual salary and starting bonus of $91,504. Read more.
Posted by Peggy Low at 6:54 AM 6 comments:

Triad BioNight 2012: An evening of celebration and awards excellence

That growth was a key focus of Triad BioNight 2012, held on March 8 in Greensboro. About 420 people attended. Bob Ingram, a general partner of Hatteras Venture Partners, keynoted the event.

• Jerry Barker, founder of Ocular Systems, which processes donor corneas to be used in transplants, won the Entrepreneurial Award; and,

• Azeez Aileru, a professor at Winston-Salem State University and director of the school’s Biomedical Research Infrastructure Center, won the Research and Development Award.
Posted by Peggy Low at 11:31 AM 7 comments: