Want to train your employees on expensive life sciences equipment, but can’t afford to send workers away from the office?

Soon, that equipment can come to you. The BioNetwork Pharmaceutical Center's mobile training unit, a 42-foot tractor trailer-style mobile laboratory, was delivered this week to the Winston-Salem center and should be up and running by mid-June.

Many companies lack the resources to send all of their employees away for training, says Doug Drabble, director of BioNetwork, the state community college network’s biotech training organization. The organization already has about six companies wanting to schedule training on the mobile unit and the unit is set to appear in at least three events this year, Drabble says.

The unit can train 16 people on high-skill tasks and biotech equipment. It may be set up at a location for several days and be able to train hundreds of employees before moving on.

After over 2,000 tests and 1.8 million measured impacts, the 2012 Helmet Ratings expanded to include 15 helmets. Five new helmet models have been released by Rawlings, Riddell and Xenith and were included in the evaluation.

Helmet safety is assessed through a series of 20 drop tests where a large metallic drop plate is raised and lowered at different speeds to represent the different impact energies seen on a football field. An accelerometer fitted to the test helmets record the head acceleration, which is measured through these scenarios and then related to the following injury that would occur.

The Rawlings Quantum Plus and Riddell 360 were both given a rating of five stars, the highest rating possible. Seven helmets received four stars, two helmets deserved three stars, and three others earned two stars, one star, and not recommended, respectively. Read more.

Meetings are free and open to anyone interested in sharing their knowledge of SQL Server. They are generally held on the fourth Tuesday of every month, unless otherwise noted. Pizza and drinks are provided. More information here.

Item: The Joint School of Nanotechnology and Nanoengineering at the Gateway University Research Park in Greensboro, which moved into its new building in December, is already running out of space with more students enrolled than expected, according to John Merrill, executive director of the park. The school and Gateway’s two campuses are joint projects of N.C. A&T State University and the University of North Carolina at Greensboro.

Item: Wake Forest University School of Medicine, which moved into Biotech Place in renovated R.J. Reynolds buildings in the PTRP earlier this year, is planning to use three more Reynolds buildings nearby, one for the Division of Public Health Sciences, according to Dr. Edward Abraham, dean.

Item: Carolina Liquid Chemistries, which looked at a wet lab launch pad in PTRP and moved in the next day, now has moved its headquarters – and 25 employees – to Biotech Place, said President Phil Shugart. The company makes automated blood chemistry analyzers. One can conduct up to 40 tests from one sample.

The company has a number of machines in development, some aimed at physician offices, some at small hospitals, some at commercial labs. They also are developing a toxicology system that will detect 22 drugs of abuse.

Nancy Johnston, executive director of the Piedmont Triad office of the N.C. Biotechnology Center, said “One of our goals is to grow jobs,” and one of the ways they do that is helping to commercialize new technologies developed at the research parks.

The schools have been concerned about the time that start-up companies spend raising money to keep going. Abraham said Wake Forest is developing an “accelerator” so the companies can focus on technology development rather than raising money.

Now, most inventions are commercialized through licensing to other companies, which often means the innovation, and the jobs it creates, go elsewhere. With the accelerator, it is hoped that most new jobs will stay in Winston-Salem, he said.

DataChambers, a full-service information technology and managed services firm, announced it has made infrastructure investments to ready its operations for next month’s global launch of Internet Protocol version 6 (IPv6).

The move to IPv6 is the largest transition in the history of the Internet. Major Internet service providers, home networking equipment manufacturers, and web companies around the world are coming together to permanently enable IPv6 for their products and services by June 6.

IP addresses identify Internet-connected devices so they can communicate. The current IP version 4 (IPv4) can support about 4 billion unique addresses, but those that remain unassigned are becoming scarce. IPv6 expands the number of available addresses to roughly 340 trillion – supporting Internet growth for many years to come. Read more.

Organizations are seeing an exponential increase of incoming data and are faced with the challenge of how to utilize it. This is not just an IT issue. Business Intelligence is being applied to marketing, finance, operations and human resources to help executives make the most informed decision possible, as fast as possible. Come hear how executives are utilizing analytics to improve business decision making, performance and profitability for their company. 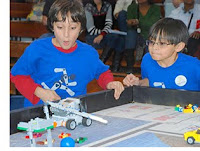 When Stephen Susalka went searching for mentors last year to coach 9-to 14-year-olds for a robotics initiative that culminated with a competition last December, he found a lot of support from co-workers at Wake Forest Baptist Medical Center.

The goal behind the initiative, tied to the international FIRST LEGO League Robotics tournament, is promoting science, technology, engineering and math knowledge and learning as possible careers for students.

“I work closely with the chamber, and one of the things we recognized is we’re not turning out enough STEM-interested students. And you lose them at middle school,” Susalka says. “So we wanted to provide a STEM learning experience that would engage those students.” Read more.

The next big biotech success story for the Triad may be nothing more than a fluid in a professor’s test tube right now. Coaxing a company to life from such a humble beginning is a key part of the business plan of the expanding Piedmont Triad Research Park.

That’s why within the sprawling 242,000-square-foot Wake Forest Biotech Place building, recently renovated by Wexford Science + Technology at a cost of $100 million, is about 15,000 square feet set aside as low-cost space for startups and young companies that could grow into major park tenants.

“But the incubation of small startups and entrepreneurs — people that might spring off from the university or just want to be near the energy of others like them — is a big piece of it, too,” Cramer said. Read more
Posted by Peggy Low at 5:58 AM 85 comments:

Triad Biotech Alliance is a 100% volunteer effort to support the development of biotechnology-related businesses based in the Piedmont-Triad of North Carolina. Since the early spring of 2009 we have held over twenty open events to our members. Our meeting formats typically consist of causal networking among business-driven innovators. Additionally, we engage in open discussions regarding issues that are important to an economy of innovation and showcase local businesses and entrepreneurs who are making this region stand out.

The Future of Research Parks and Biotech in Winston-Salem, the Triad & North Carolina. With the opening of Biotech Place, Winston-Salem’s attention has once again been focused on the importance of Piedmont Triad Research Park (PTRP) to our future economic growth. But PTRP’s and Winston-Salem’s ultimate success will not be determined on their own. Additional efforts in Greensboro and throughout North Carolina are strengthening the position of our entire region in regards to developing our technology-based economy, particularly in the area of biotechnology. This discussion will provide an opportunity for the public to learn about the benefits the PTRP and Gateway University Research Park -- and the companies and individuals working in them -- provide to our community; how they are a catalyst for job growth and economic development; how their plans complement each other and additional efforts across North Carolina; and how many resources are available to those working in a research park environment. Panel: Dr. Ed Abraham – Wake Forest Baptist Medical Center/PTRP; John Merrill – Gateway University Research Park; Nancy Johnston – NC Biotechnology Center, Piedmont Triad Office; Phil Shugart – Carolina Liquid Chemistries, PTRP tenant. Read more and register.
Posted by Peggy Low at 8:03 AM 306 comments:

Inmar will expand its corporate headquarters presence in Winston-Salem, creating 212 new jobs over the next five years and investing $24.5 million. By expanding in its home town, the company will also be retaining about 700 Triad jobs. Inmar provides supply chain, promotional and other services to retailers and pharmacy companies. Inmar was founded in 1980 as Carolina Coupon Clearing. After a $350 million buyout in 2007 from private equity firm New Mountain Capital, the company has grown rapidly into a reverse logistics and promotional services company with about 4,500 employees in North America. Read more. 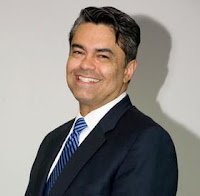