For this July Roundtable event, COIN invites our entire nanobio community to join us in a discussion on Risk vs Reward: Financing Early-Stage, Emerging Technologies. The "Valley of Death" is critical funding gap common in many industries. COIN, on behalf of our members, will host a dialogue with several seasoned investors and entrepreneurs to provide a better understanding from the investor's perspective of the balance that is struck between risk and reward when making funding decisions for early-stage technologies. Because nanobiotechnology is an emerging field where many technologies are platform technologies with applications across mutliple industries, there are unique challenges and opportunities.

This panel session will be moderated by Andy Dreyfuss, a Fund Executive at the Piedmont Angel Network. Panelists include Scott Albert, a Venture Partner with Aurora Funds, Christy Shaffer, a Venture Partner and Managing Director with Hatteras Venture Partners, and Steven Walsh, a serial entrepreneur at the University of New Mexico. More
Posted by Peggy Low at 6:07 AM 173 comments:

The 2011 Triad BioSummer program will conclude Friday, July 1 at 9:00 a.m. in Wake Forest’s Winston Hall with presentations from participating students. Triad BioSummer is a summer study program in its 8th consecutive year for local rising 8th, 11th and 12th graders considering a career in life sciences. The two-week long program provides over 40 students with a variety of hands-on classroom, campus, laboratory, and field experience.

"Taking Control of Your Career and Your Life"

All of us are interested in the trajectory that our careers will take us. However, how seldom do we include a formal analysis of our talents and strengths to see if we are pursuing a good career fit. Mack is a leading business and life coach who incorporates self-analysis and network building into his presentation. This is a session that should not be missed. Do a favor for one of your collogues and bring her/him.

Frameworks is a monthly seminar series brought to you by the Wake Forest University New Venture Incubator.
Posted by Peggy Low at 10:35 AM 38 comments:

Winston-Salem City Council has approved starting construction on two projects that are expected to speed up development of the Piedmont Triad Research Park.

Construction on Research Parkway will begin in August after a years-long process of securing permits, federal and state grants and environmental licensing. Read more.
Posted by Peggy Low at 5:45 AM 25 comments:

Atala Featured on "The Innovators" a Bloomberg News program

Dr. Anthony Atala was featured recently on " The Innovators" a program of Bloomberg News. Bloomberg News says "the world is swirling with ideas on how to make money, but true innovation changes the way we live."

The program discusses how Atala engineers human organs and the latest organ (the liver) to be tackled after his work with urethras, kidneys, and bladders. Atala concludes by asking a question that defines the true mission of his work: "How can we increase the number of tissues we bring to patients and how can we make more patients benefit from these technologies?"
Posted by Eva Wu at 8:13 AM 50 comments:

Do you or someone you know have an innovative product, service, concept or procedure? The third annual Cook Medical Innovation Award, presented by Cook Medical in partnership with the Chamber, will recognize outstanding locally-developed and novel technologies that positively affect society. The winner will be presented a unique award designed by a local artist at the Chamber’s Annual Meeting luncheon on November 30. Click here for details and submission information.
Posted by Peggy Low at 2:14 PM 375 comments: 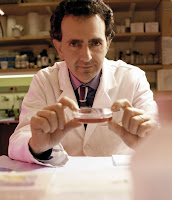 The PTRP Seminar Series is a free, educational program hosted by the Piedmont Triad Research Park to help tenants in the Park get to know each other. The goal is to provide an opportunity for business owners and departments to share and discuss their services, products or skills with others.
Posted by Peggy Low at 1:59 PM 71 comments: 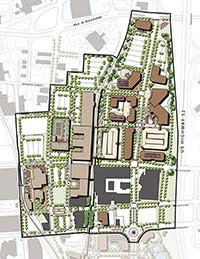 The session concluded with audience Q&A. From the size of the audience and the nature of the questions, interest in learning more about technology, downtown development and innovation continues to be strong. Visit this blog to keep updated on events in our community and learn more about technology initiatives.
Posted by Eva Wu at 6:47 PM 349 comments:

WinstonNet, a non-profit community technology initiative, provides free basic computer and Internet training for local residents through Connect Your Community. Those eligible include any "digitally disadvantaged" person – someone who does not use the Internet at home – over age 18. Upon completing the computer training, staff will assist students in finding the most economical Internet connection and can provide graduates with a subsidized, high-quality refurbished computer to take home for as little as $25. Learn more or call 336-703-4138.
Posted by Peggy Low at 5:46 AM 62 comments: 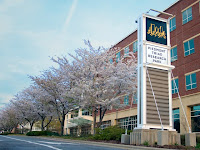 The 2011 Technology and Innovation Series continues on Thursday, June 9, 8:30 am at the Milton Rhodes Center for the Arts with a discussion entitled: The Research Park and Downtown Connection: Developing a Work/Live/Play Community in the Heart of Winston-Salem! This event will feature the latest news and plans happening in the Park, along with a discussion about how our downtown’s revitalization can help attract and retain the workforce needed for the Park’s long-term success. Read more and register.
Posted by Peggy Low at 4:28 PM 12 comments:

As the nation’s electrical power grid becomes more interconnected through the Internet — from the nuclear power plant in California to transmission lines in Texas to the microwave in your kitchen — the chances of cyber attacks increase as well.

Professor of Computer Science Errin Fulp is training an army of “digital ants” to turn loose into the power grid to seek out computer viruses trying to wreak havoc on the system.

If the approach proves successful in safeguarding the power grid, it could have wide-ranging applications on protecting anything connected to SCADA (Supervisory Control and Data Acquisition) networks, computer systems that control everything from water and sewer management systems to mass transit systems to manufacturing systems.

Fulp is working this summer with scientists at Pacific Northwest National Laboratory (PNNL) in Richland, Wash., on the next steps in the digital ants technology, developed by PNNL and Wake Forest over the last several years. The approach is so promising that it was named one of the “ten technologies that have the power to change our lives,” by Scientific American magazine last year.