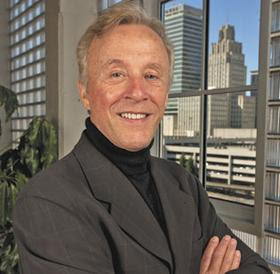 People may know Eric Tomlinson as the president named this summer to head the Piedmont Triad Research Park, but for him, it’s his second title — chief innovation officer for Wake Forest Baptist Medical Center — that’s most important.

That change speaks to a shift in focus for the research park, which includes 145 developable acres next to the heart of downtown. The park is expected to support more than 6 million square feet of building space as it’s built out.

Earlier this year saw the opening of Wake Forest Biotech Place, followed by the announcement that Winston-Salem-based Inmar will relocate its 900 workers to the park. Employment in the park is expected to approach 2,000 by the end of 2013, with hundreds of thousands of renovated square feet coming online.  Read more.