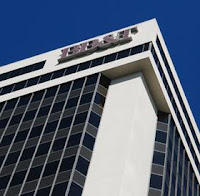 BB&T Corporation will lease the former American Express call center in Greensboro to create a new office to handle administrative and back office tasks, a move that could create as many as 1,700 jobs over the next five years.

The Winston-Salem-based bank said it plans to eventually have as many as 2,500 employees working at what will now be called BB&T Triad Corporate Center.

The office should open by the end of the year, with 50 to 100 employees.

The company's headquarters will remain in downtown Winston-Salem. Read more.