The Art of Science Learning 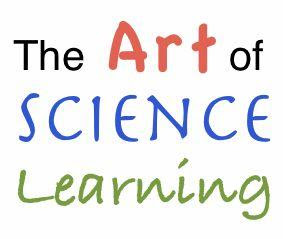 The correlations between science and art are astounding and Root Bernstein rattles off several more examples on a blog and project aptly called the Art of Science Learning also an NSF-funded exploration of how the arts can strengthen STEM skills and spark creativity in the 21st-Century American workforce.

Alexander Graham Bell, the inventor of the telephone was a pianist whose telephone invention was the output of a musical game. Camouflage was invented by an American painter Abbot Thayer and frequency hopping (the encryption in our cell phones and PDA's ) was invented byt the actress Heddy Lamar and composer George Antheil. The reason we see images on our television, computer screens and cell phone screens is due to a collaboration among painter and scientists such as physicist Ogden Rood and German Nobel laureate Wilhelm Ostwald and post-impressionist artists such as Seurat (the post impressionist artist who painted with those dots of color just like the dots of color that form images on our screens).

The next time my teenagers are stuck on a chemistry or math problem, I may just ask them to practice the viola, listen to their Ipods or doodle a picture.
Posted by Eva Wu at 5:41 PM